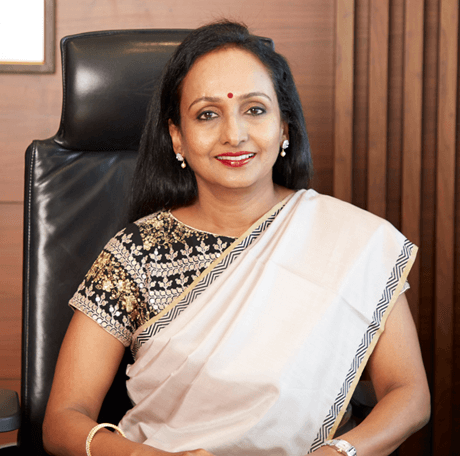 Multiples is founded in my core belief in the infinite capacity of human potential to create value, developed over a career of over three decades. At Multiples, I aim to build a lasting, highly successful and reputed institution that will deliver the potential of alternative investments in India.

I teamed up with Renuka at the inception of Multiples. It has been, and continues to be an exhilarating journey as we have watched Multiples evolve from a two-person outfit operating from Renuka's residence to an established platform with a track record of success.

I joined Multiples in May 2010 after a 10 year stint with Citibank in structured finance and debt capital markets. I felt excited to embark on a new learning journey with people I had known and respected for more than a decade, and nervous about living upto the confidence reposed in me to succeed in a business that I had never done before.

I joined Multiples close to its inception in 2009, returning to investing in India after working with Sun Group in Private Equity in London.

I have been an investment professional for ~20 years focused on identifying and nurturing investments across listed and unlisted universe. I have enjoyed my journey of partnering with high quality entrepreneurs and working along with them to create stakeholder value over the life cycle of investments. The enduring relationships that I have forged with many amazing persons has been an incredibly satisfying part of my investing journey so far.

I first joined Multiples in 2013 as an Associate, where I was part of three transactions – Delhivery, South Indian Bank and Sara Sae. I moved to KKR in 2015 to be part of the Special Situations Group in India where I spent two years, before returning to Multiples in 2017.

I joined Multiples in late 2011 after spending 4 years across corporate & investment banking. At Multiples I have invested and evaluated opportunities across multiple sectors with focus on pharma, healthcare, logistics, business services and industrials.

Prior to joining Multiples in 2015, I was a journalist with CNBC-TV18, which taught me to identify impactful 'stories' by asking the right questions in interactions with businesses. This has held me in good stead as an investment professional as I interact with high-quality entrepreneurs and work with them closely in their journey to create value.

I joined Multiples in September 2020, with a 10-year experience in Investment Banking & Private Equity, successfully managing transactions of collectively over US$1bn. I have diverse experience across several products including Debt Capital Markets, M&A and Equity Capital markets across Deutsche Bank, CLSA, Everstone and EY, which has helped me form a well-rounded view of the investing ecosystem.

I joined Multiples in 2017. Prior to that, I spent time as an entrepreneur in a family-run business and as an investment banker at Kotak Investment Banking. These diverse experiences, along with an MBA from the Indian School of Business (Dean’s List), drove a passion for understanding businesses and working with entrepreneurs in building new leaders.

I joined Multiples in 2019. My passion to explore investing drove me to move from technology to investment banking and thereafter to an investing role at Samara Capital. Thereafter, I spent 2 years at Kellogg School of Management, which gave me valuable insights on developing a holistic view of business.

I joined Multiples in 2020 after completing my MBA at Indian Institute of Management, Ahmedabad. Prior to my MBA, I was an associate at BCG, where I witnessed value creation as an advisor to large businesses. My passion for deeper engagement with these value creation journeys led me to a career in investing.

I joined Multiples in 2015 and focus on forging and nurturing long-term partnerships with investors. I also champion the ESG (Environment, Social and Governance) vision, initiatives and engagement with its portfolio companies. In this role, I find myself in the midst of the action, witnessing the dynamic changes that India is undergoing across sectors and interacting with some of the finest minds in private equity at Multiples.